HOT HOT HOT! Now's the Time to Sell in Columbus 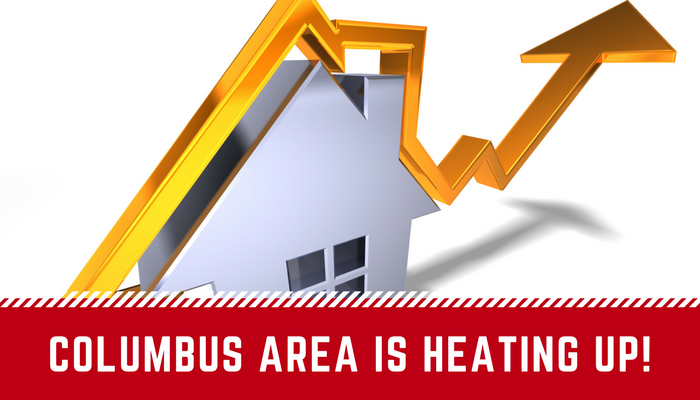 It's a seller's market in the Columbus Ohio area and even though we are well into summer, things don't look like they're slowing down anytime soon. Many sellers that are listing their home are seeing multiple offers within a matter of hours or just a couple of days. Most sellers are not anticipating this fast of sales so if you plan on listing your home be ready for the entourage.

However, that's not everyone and there still are major pitfalls to overpricing a home. But, the real estate temperature has never been higher in the Columbus area in the last decade. According to a recent article by Dispatch in the Columbus area, Columbus is one of the few cities outside of the West Coast to land among the nation's top 10 housing markets by both Realtor.com and Trulia.com

many factors are playing into this hot seller's market. Job growth, population growth, and other factors have created extraordinary demand for property and real estate throughout Columbus. Many agents haven't seen this type of hot activity ever. In June, Columbus was the nation's fifth hottest housing market based on the number of shoppers and absorption rate. (Absorption rate is the rate that homes will be sold on the market. A typical absorption rate is about six months but in the Columbus area that's more like 30 days. This means that if no more listings hit the market as of today, it would only take about a month for all properties to be sold.)

According to Realtor.com, homebuyers were drawn to the central Ohio area (Columbus) 2 1/2 times more than they did in any other city in Ohio. Most homes sold on an average of 37 days, far below the national average of just 60.

Back to absorption rate, the report shows that over 50% of homes nationally were still on the market two months later but only 32% in the Columbus area remained after two months.

Why is everyone moving to the Columbus area? Well, why not? It's home to one of the biggest universities in the United States and because of this, there are many millennial's and educated young people looking for homes and starting families. There's plenty of employers that pay good money and provide stable employment such as J.P. Morgan Chase, Nationwide, Honda, and Ohio State. In fact, the Columbus Metro area increased by 20,000 residents just over the past year and more than 20,000 jobs and 11,000 households were added to the population.

But this is not just resale homes. Developers added about 7000 apartments and homes to the Columbus area over the last year but that's still not enough to meet the need. The number of homeowners who put their home on the market actually went down over the last year. This is probably due to homeowners knowing that if they sell they still have to buy and unless they are buying out of the area, they know that it will be stiff competition for themselves.

For first-time home buyers looking for starter homes, the number of these types of homes have fallen 39% over the last year and move up homes has fallen 46%. The inventory is moving extremely fast and it is vital to have the right buyers agent to negotiate your terms. I've talked to too many homebuyers that have dealt with agents where they simply lose out on one home after another because of negotiating strategies, communication, or just amateur agent moves. Having an agent that understands the market, how to negotiate and how to add in incentives when necessary is really the key to getting the home you want. There's nothing more frustrating than being bid right out of an offer. With strict competition, even cash offers are in high competition.

But again, there is good news; as a seller, you can be almost guaranteed a fast sale for top dollar. As a buyer, it certainly pays to have the right real estate agent or broker on your side throughout the process.

In my decades as a Realtor® I've seen numerous markets come and go and with my dedicated experience, season negotiation strategies, and a few tricks up my sleeve, I can help buyers get the home they want.